There has been a significant upsurge in publications and initiatives focussing on music and dementia in the last few weeks. A new national programme funded by The Utley Foundation – Music for Dementia was announced earlier this month. This will be given a significant boost through BBC Music Day taking place on 26th September this year. The BBC will join the campaign to ensure that there is music available to everyone living with dementia by 2020.

“From Bingo to Bartok”

Creative and Innovative Approaches to involving older people with Orchestras

Baring Foundation also released a Treasury of Arts Activities which offers 50 different arts based activities that could be used when working creatively with people living with dementia as well as some general pointers for people interested in working in this way.

I’m hoping that this increasing interest will stimulate collaborative co-creative thinking around the provision of music in the care of people living with dementia. There’s always the possibility that more and more toolkits and publications will be produced by  organisations and that people living with dementia and those who care for them will be confronted by an information jungle with no guidance on know where to turn.

Diversity of provision is essential but access to provision needs to be streamlined and simplified. It’s also essential that people living with dementia and their immediate carers have a strong voice in the emerging discussions.

The So Many Beauties (SMB) approach is to work co-creatively with people living with dementia. Between now and September, I will be having creative conversations (verbal and musical) with the wonderful people I work alongside through SMB. Together we will explore what Music for Dementia 2020 means to them, what they want, what empowers them the most. Who knows where these exciting discussions will lead? Let’s throw ideas into the air and see where they land! 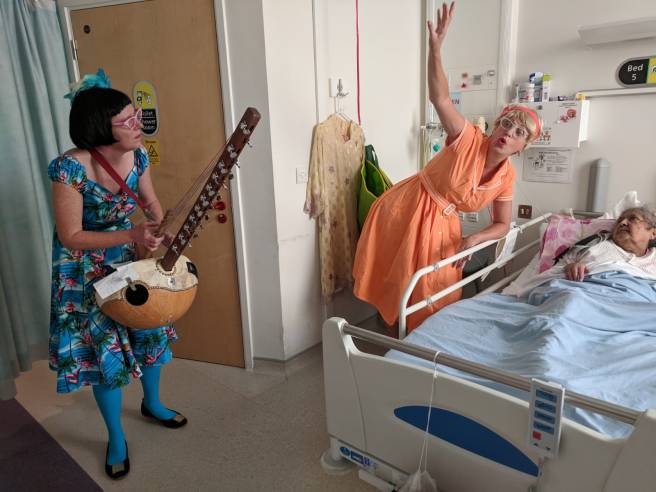 (Working “in character” with Marianne Clarac, music for health expert and clown doctor at MRI Hospital in Manchester)

View all posts by musicforhealth