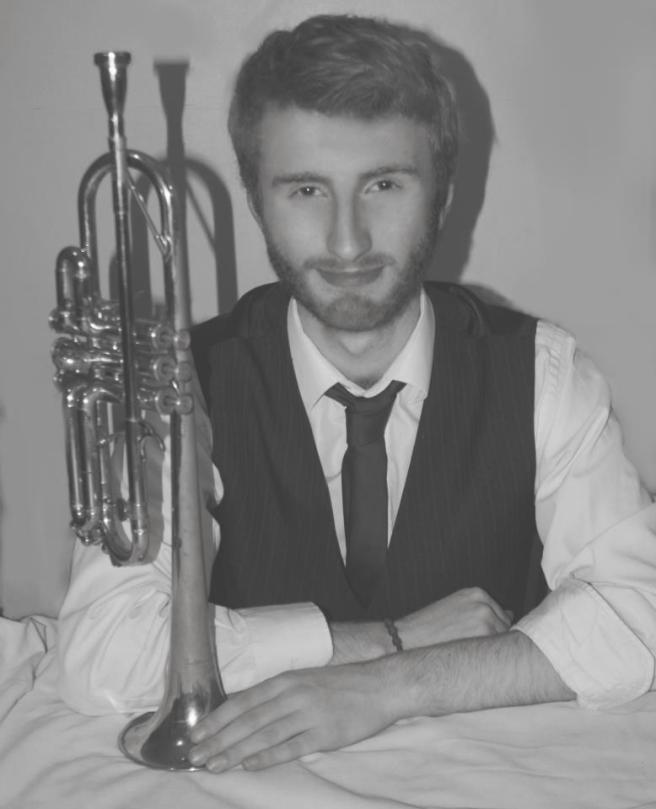 John was one of the four students who worked alongside Holly on the Adages project in different dementia care settings, delivering creative sessions. John has a very rounded and mellow tone on both trumpet and cornet and was able to play incredibly quietly at times which is a real skill. This worked well in the hospital ward environment where it was important to be subtle and not to over impose sounds. He was also excellent at mirroring and responding to the rhythms that residents were playing and instigated some lovely Marching motifs and flourishes.

John says “I’m currently in my 3rd year of study at the Royal Northern College of Music studying cornet and trumpet under the direction of Professor Roger Webster. I enjoy all kinds of music but am especially at home in a brass band environment surrounded by plenty of friends and real ales! I have enjoyed working on this project with Holly, Michael the other students and of course the fabulous residents at the care homes and hospitals that we have had the fortune to work in. It has been a real privilege to make music with the residents and seeing them have fun and enjoying life in a way only music can bring about.”

You can hear John playing as part of the ensemble for the So Many Beauties performance at Manchester Cathedral on Thursday 6 April 7pm and you can book your tickets in advance at http://www.adages.eventbrite.co.uk. We look forward to seeing you there!

View all posts by musicforhealth